Here is a selection of items I’ve worked on as a copywriter. My work ranges from writing for digital banners, print ads and developing scripts (radio & video) to creating content for landing pages. So yeah. Have a look.

One of the many EDMs I've done for Uber's weekly tactical promos.

I say 'pt.2' because this was the second time we launched 3 cities on the same day (but this was the most recent one). This was the blogpost that we also disseminated to the media.

One of the many blog posts I had to create in conjunction with Uber's weekly tactical promos.

This is the outdoor ad at Mid Valley, facing the road towards Bangsar exit (above Plan B), where traffic gets fairly insane during peak hours.

Filling an ad placement near a pub in Pavilion, hence the headline.

In this campaign, we're trying to educate public transport users that Uber can complement your daily commute. Instead of parking at the train station to take the train to go to work, why don't you Uber to the station instead. Also, my first foray in BM copywriting. 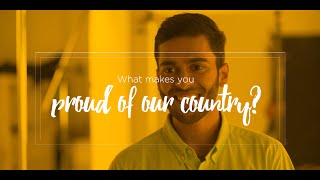 A video made in conjunction with National Day 2016. It portrays how as Malaysians, we have varying perspectives and experiences but at the root of it all, one thing unites us all, and that is being Malaysian.

This was a campaign launched to mainly educate our consumers that with AirAsia, you\'ll only have to pay for what you need. Full-service airlines may include \"complimentary\" items to their fares, but why pay for something you won\'t necessarily utilise completely?

After the \'Animal Puns\' project, I was approached to come up with pickup lines, incorporating some of the destinations we fly to. Here are some that I managed to come up with. I can\'t guarantee if this will work in real life, tho, so... use them at your own risk.

In April 2016, there was a wave of animal puns floating around social media which started with the wordplay of \'goose\' (of the \'Skali-goose\' fame). This was the outcome after I was given the task of coming up with one.

The AirAsia Mobile App was recently improved with a new look and feel. The purpose of the landing page content is to inform our guests about the different features the mobile app comes with.

For this tactical campaign, we decided to go with the current issue of people complaining about their telco plans. The concept was to leave your mobile worries behind and go on a getaway. Hence, "The only plan you need is a getaway plan!" 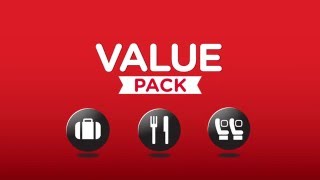 Value Pack is a new value-for-money flight bundle which includes checked baggage, meal and seat selection. This video was made to educate people on how to add Value Pack when they book their flights.

A video made to educate and create more awareness about self check-in. Why queue to check in at the airport when you can just do it yourself?

48-hour sale in conjunction with Pacquiao's match against Mayweather in Vegas.

Welcome to my little corner of the Internet. Fun fact: I really love KFC.